A Chitenge Story weaves a tale of gentle revenge 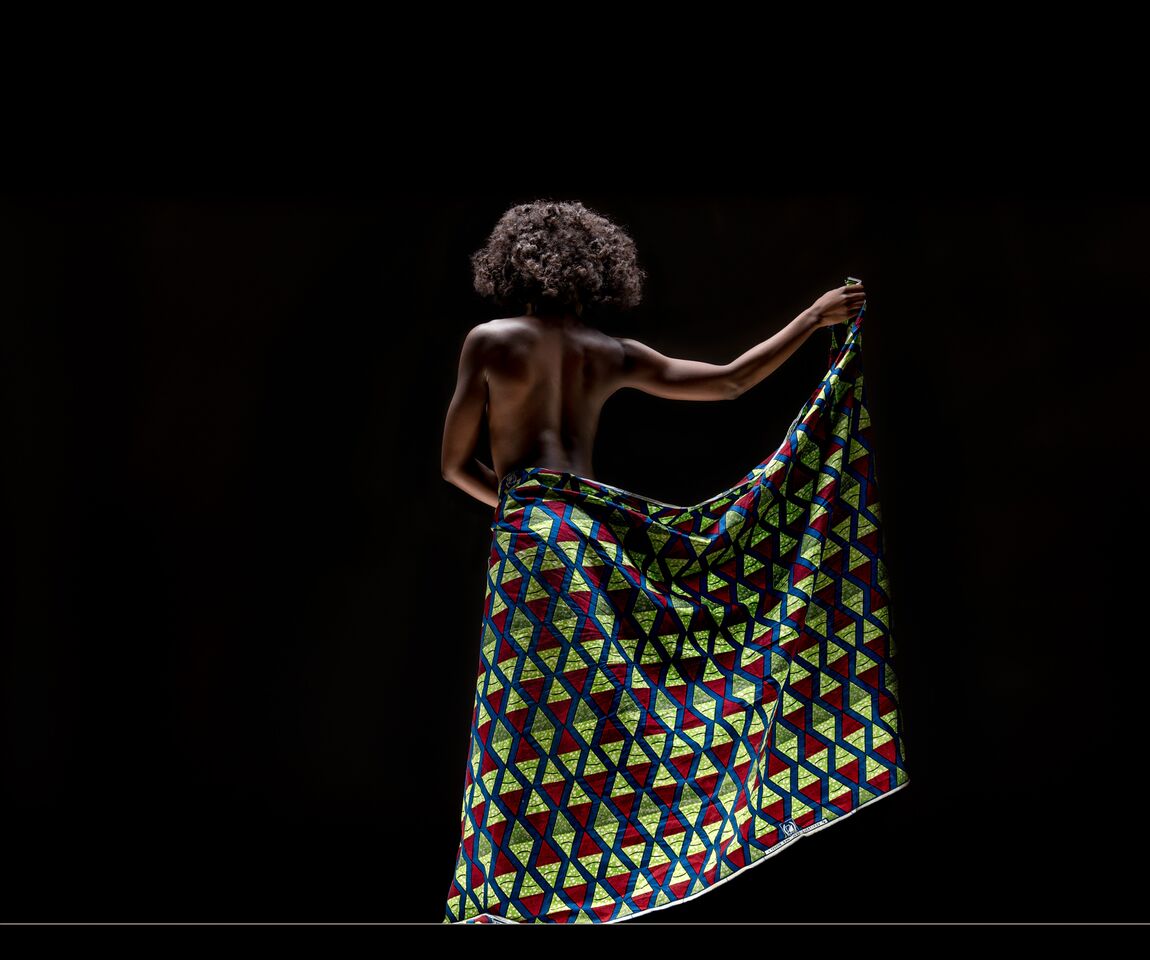 At the Pumphouse through March 24

Three and a half stars

Makambe is back in Zambia, but Zambia is not exactly back in her.

That’s the mood at the top of A Chitenge Story, Calgary playwright and actor Makamabe Simamba’s effervescent — and also quite dark — solo show that opened Tuesday at the Pumphouse Theatre.

Makambe is 21, a college student in Canada, someone who seems to have gotten homesick and returned, after 15 years, to her birthplace to visit with her aunties, and cousins and memories.

What’s confusing to her Zambian family is that she also returns distracted, distant and more interested in being alone than visiting the family, when one cousin throws a boisterous party for her.

She also speaks unaccented, flat Canadian style English so well that the cousins start to tease her, calling her muzungu (white girl).

All of it unfolds on an ingeniously designed set (by Sarah Udwadiae) of dividers and jump ropes and a number of small suitcases, that conjures up a rambling yard party in Zambia.

It turns out that Makambe’s air of distraction and alienation is not the result of her feeling superior to those family members she left behind when her family emigrated all those years ago, but rather because of the true nature of her Zambian quest — namely to confront the man who was her childhood sexual abuser.

The only problem is that she was so young when it happened, she doesn’t remember his name or his face.

Simamba shares this story by playing out a number of scenes, assuming all the roles – and she’s a dynamic stage presence, whether playing an old granny, a drunk cousin, a young niece – or herself.

She’s got a great voice, and commits so fully to each character, that you feel as if you are eavesdropping on a big Zambian family reunion, with all the complex emotional tripwires that accompany a young prodigal’s return from Canada.

It’s all so engagingly told, and animated, and life-affirming, that you almost manage to forget the dark backstory lurking underneath it all.

That’s a much queasier, horrifying half-memory about being raped as a five-year-old girl by a handyman hired by her auntie.

All of it is triggered by an incident Simamba shares of an obsessive stalker from the first university she attended in Canada (Simamba started out in PEI, then, following the incident, left for the University of Lethbridge), who harasses and frightens her in her dorm room, to which the university responds in a way that’s infuriating.

In a way, A Chitenge Story is a horror story transformed into a solo show. As Makambe searches her memories for a clue as to who her childhood abuser might have been, she stumbles across him in a way that’s haphazard – and gripping.

It reminded me of Jodie Foster’s FBI agent in Silence of the Lambs, stumbling across Buffalo Bill, the notorious serial killer, on a somewhat innocuous housecall one sunny afternoon.

Well-directed by Kathryn Smith, A Chitenge Story is all culled from Simamba’s real life, and it has the ring of the authentic to it.

She’s a versatile, vibrant performer, a great dancer and a big, warm soul. In the showdown with her abuser, she’s generous to the point of disappointing our audience expectations, because we’re accustomed to evil villains getting one in the head and one in the heart. That’s our cultural expectation.

Instead, in the closing moments of A Chitenge Story, we get a young woman experiencing that moment of clarity when a cloud has lifted off of her, in the form of an exuberant, life-affirming dance.

Simamba’s gentle revenge, in A Chitenge Story is the self-awareness that the trauma that triggered her has been holstered, for good, without a single shot being fired.