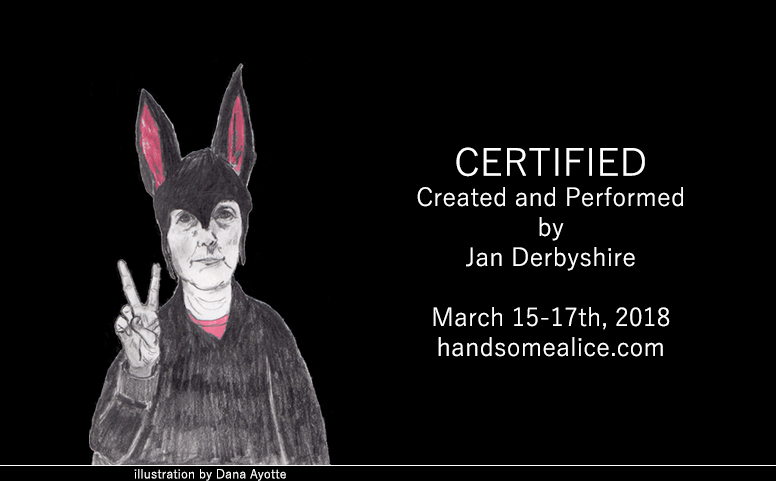 Four stars out of five

For an admittedly unreliable narrator, Jan Derbyshire sure is a reliable deliverer of comedy.

Derbyshire tells a story in Certified that is uniquely harrowing. It’s her journey through the winding hallways of the mental health system, from which, it appears, there is no way out once you’ve been certified insane, which Derbyshire once was.

That was over a decade ago, when, in a fog of trying to quit booze cold turkey, Derbyshire literally went nuts.

Audience as the mental health board

In Certified, Derbyshire revisits the experience with the audience playing its role: that of a mental health board review, complete with a trio of coloured cards to indicate whether she’s sane, insane — or somewhere in between.

Derbyshire has logged a lot of time performing stand-up comedy, and she has an easy, relaxed, specific delivery that brings the audience onto her side right from the get-go.

She’s also a strong writer, whether it’s tightly written comic riffs about the haze that the pharmaceutical industry left her in, stream-of-conscious spoken word pieces about losing her mind inside Starbucks, or poignant storytelling detailing a horrifying moment as a 13 year old drinking beer behind a barn that turned into a nightmare of trauma, which set her off on that path that leads, 25 years later, to that uniquely irrevocable mental health designation.

She’s not only a funny performer but brings an intelligence to her material — Certified is filled with her winking at many of the conventions of the solo show story of personal redemption in a way that makes the audience feel as if we have a stake in that redemption, too.

She was born in Calgary, and her parents still live here, and when she comes home for a visit, she takes us right on inside to meet mom and dad, and shares all the heartbreak and heartburn of dealing with aging parents. 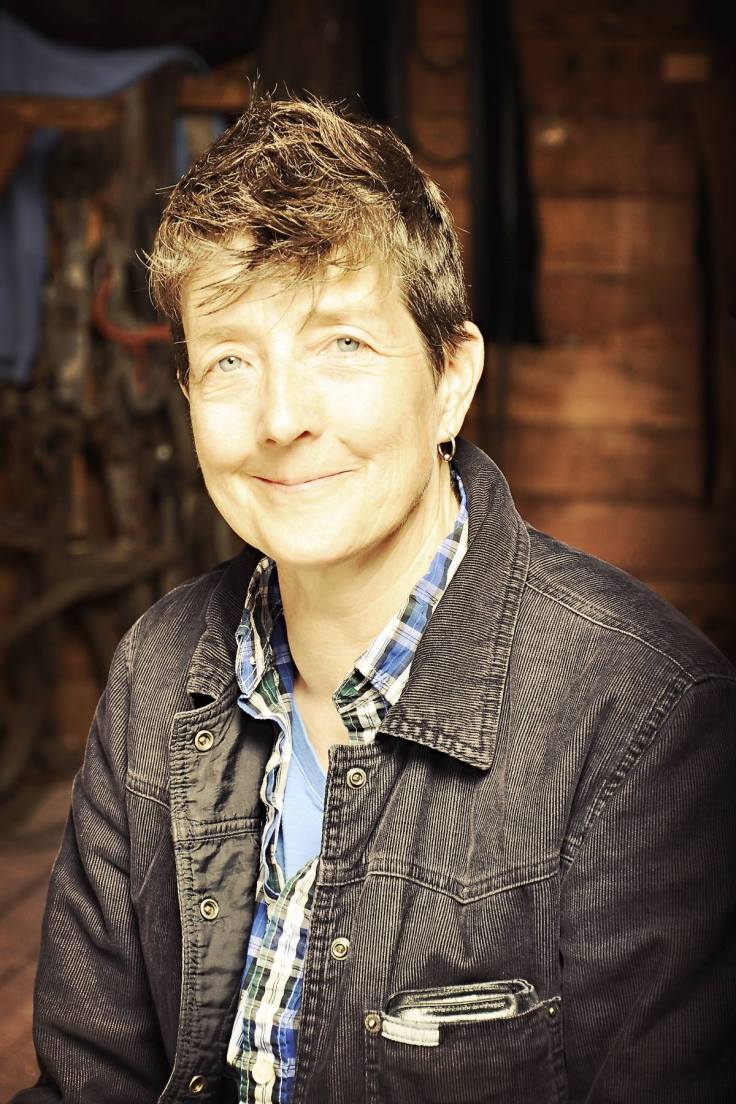 Despite the social awkwardness presented by being certified, Derbyshire manages to meet someone and begins a relationship — and watching as she shares her various psychiatric diagnoses with her new partner is far more touching than what passes for romantic comedy in Hollywood these days. (She had me at “I joined a lesbian road hockey league.”)

There’s also a wellness story lurking underneath the mental health comedy, as Derbyshire takes aim at the way Big Pharma has co-opted the medical profession so that physicians are experienced as little more than indifferent, humourless, white guy prescription pushers.

That’s probably the three best words I could use to describe Certified: awesome, brilliant, hilarious.

(And brief! It clocks in around exactly 60 minutes).

Do yourself a big theatrical favour and see Certified. (I hate to do this, but I have to add: you’d be crazy not to.)