Mouthpiece at 7pm and Winners and Losers at 9pm, Saturday January 28

I don’t know if they did it on purpose, but the High Performance Rodeo has created a kind of gender-driven double bill at the West Village Theatre, which runs for two more performances – one for each show – tonight at 7pm and 9pm.

First up, at 7pm, is Mouthpiece, from Toronto’s Quote Unquote Collective, followed at 9pm by Theatre Replacement/Neworld/ Crows Theatre production of Winners and Losers.

Created by Quote Unquote Collective (Norah Sadava and Amy Nostbakken), Mouthpiece is a conceptual piece that blends movement, music and text to tell the story of a day in the life of a woman trying to find her voice, in order to compose a eulogy for her mother.

The twist is that the two actresses both play the same person, caught in the contortions and contradictions of two different sides of her personality. 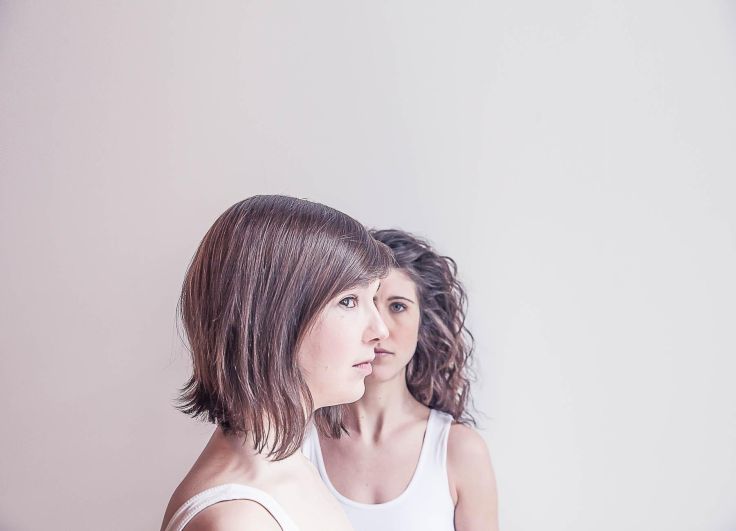 Nostbakken and Sadava move in and out of time as the show’s narrator anguishes about everything, from what to wear to what to say about the woman that raised her. The duo have a terrific dynamic together onstage, as they seem to blend, through intricately choreographed moves all set around a single bathtub, into one person.

Mouthpiece is strikingly theatrical, funny, occasionally blunt, self-conscious, and insightful.  It’s also original, well-executed and compelling – and feels timely, too, coming hot on the heels of the Womens’ March on Washington.

(Along with Karen Hines’ All the Little Animals I Have Eaten, Through the Gaze of a Navel, DJD’s wonderful Juliet & Romeo, Cathy Jones’ Stranger to Hard Work, and capping it off with Mouthpiece, this year’s HPR has been a pretty awesome showcase of Canadian female voices).

At 9pm, Marcus Youssef and James Long wheel out a long table, crack open a couple bottles of beer, and launch into Winners and Losers.

It’s a play within a game, where one guy chooses someone – Lindsay Lohan, say, or the Prime Minister – and the other guy has to call whether they’re a winner or a loser, and then defend their choice.

It starts out as a reasonably funny exercise in pop culture references, and Youssef and Long are both smart, funny guys. I just wish they’d brought some beers for all of us sitting in the audience!

There’s more at play, however, than just a game of Winners and Losers – namely, a simmering competitive relationship between the two middle aged men that kind of imposes itself on everything they do or talk about.

Layered onto that are class and race tensions, in addition to the ultimate – in 2017 – Canadian tension: namely, how many degrees of separation each is from owning prime Vancouver real estate. (Considering they’re both underpaid theatre people, the answer may surprise you.)

The two men deftly manage to steer the topic from harmless easy-target pop culture references onto each other, where both reveal a lot of masculine soft spots  – in between playing ping pong and staging an impromptu wrestling match.

Sadly, separate admission is required for each show, because wouldn’t it be fun, just like they used to in baseball, to hit a theatre doubleheader and get two for the price of one?