Every Brilliant Thing aims to chase away the blues 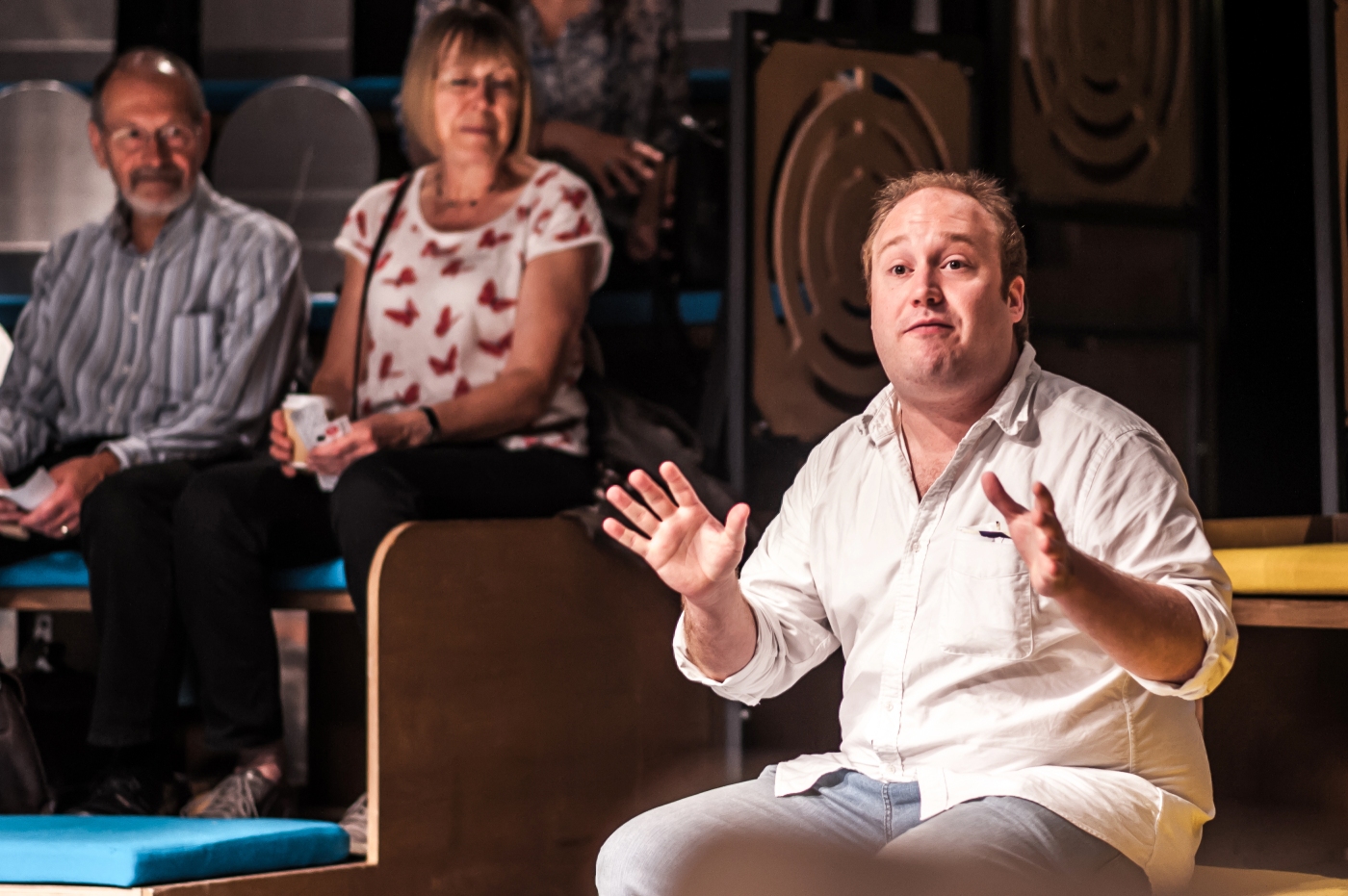 Playwright Duncan Macmillan called up his friend, playwright and standup comedian Jonny Donahoe with a pitch.

He’d written a short story about a young boy desperately trying to cheer up his depressed mom by creating a list of every brilliant thing he could think of about life.

A theatre had commissioned Macmillan, the award-winning author of Lungs, but he needed Donahoe’s help, for one rather large reason, which is why Donahoe is in Calgary, opening his and Macmillan’s smash hit, Every Brilliant Thing, Tuesday at the Pumphouse as part of the 2017 High Performance Rodeo.

For a play about depression and suicide to work onstage, Macmillan explained, it also had to be funny – and kind of upbeat.

And those were Donahoe’s unique attributes.

“I’m a standup comic when I’m not doing this (show),” says Donahoe, “and the stuff I make is more joyful standup rather than mean-spirited, or unkind.

“We kind of put those two skill sets together,” says Donahoe, “and I think the important thing for us was trying to find a language with which to speak about serious depression and suicide and grief – and the language we decided was most important was laughter.”

The show not only tackles a difficult subject matter, but right from the get-go, Macmillan and Donahoe had a clear vision of creating a show that could be performed in the round, in a semi-improvised manner featuring suggestions from various audience members reading off pre-written sheets of paper they receive every night walking in.

Every Brilliant Thing was a 2014 hit at Edinburgh, landed a rave in The Guardian, followed by a smash off-Broadway run, which turned into an HBO special, that just aired in December.

Donahoe says the form of the show connects to the audience as much as its dark content- and that’s why the show is performed in the round, in a semi-improvised format.

“We’re not medical professionals,” Donahoe says, “and don’t try to tell you what to do (if you’re depressed)…but one of the things you must do (when you’re depressed) is sharing, engaging and talking to people because loneliness and isolation are disastrous (for depressed people).”

In its own simple way, a show about feeling alone and disconnected from the world searches for ways of making the audience feel connected to it.

“The best way to tell a story,” says Donahoe, “is to be around a campfire in a circle – and that’s why it had to be in the round.

“It allows you to see everyone as you tell the story,” he says, “not just me – (and) if you can see the person laughing,  smiling and crying here, we engage with each other because we’re so attuned to the human face…and in doing that, and letting someone else see you laughing or crying, it gives you the vulnerability to do it yourself as well.

“It also echoes group therapy (techniques),” he adds, “and in Utah, a pastor told me, it’s exactly how they do Sunday School and I also like the fact it’s kind of built on traditions we know and understand.”

Donahoe is a charming affable person to sit and chat with, and quite honest and open about his own struggles – he grew up in Abingdon-on-Thames, a town of 100,000 in Britain, where the main industry was two breweries, both of which closed within a month of each other, throwing hundreds of fathers, including his own, out of work.

Within a year, Donahoe’s father disappeared. Soon thereafter, Donahoe was sent away to foster parents.

Out of a traumatized childhood came a man who plays the positive when it comes to looking for laughs.

“The device of comedy is able to communicate all sorts of things,” he says. “You can share things and enjoy things – and I think if it’s too insular, or too mean-spirited, then you’re essentially taking a really good craft and doing nothing of value with it.

“Because that’s what it is,” he adds: “comedy is a sort of conduit for allowing you to communicate in the same way drama is, so it shouldn’t just be an end in and of itself.

“That’s how I approach comedy,” he says, “and I want it to be joyful and warm and have a (positive) message.”