The (High Performance) Rodeo is back in town 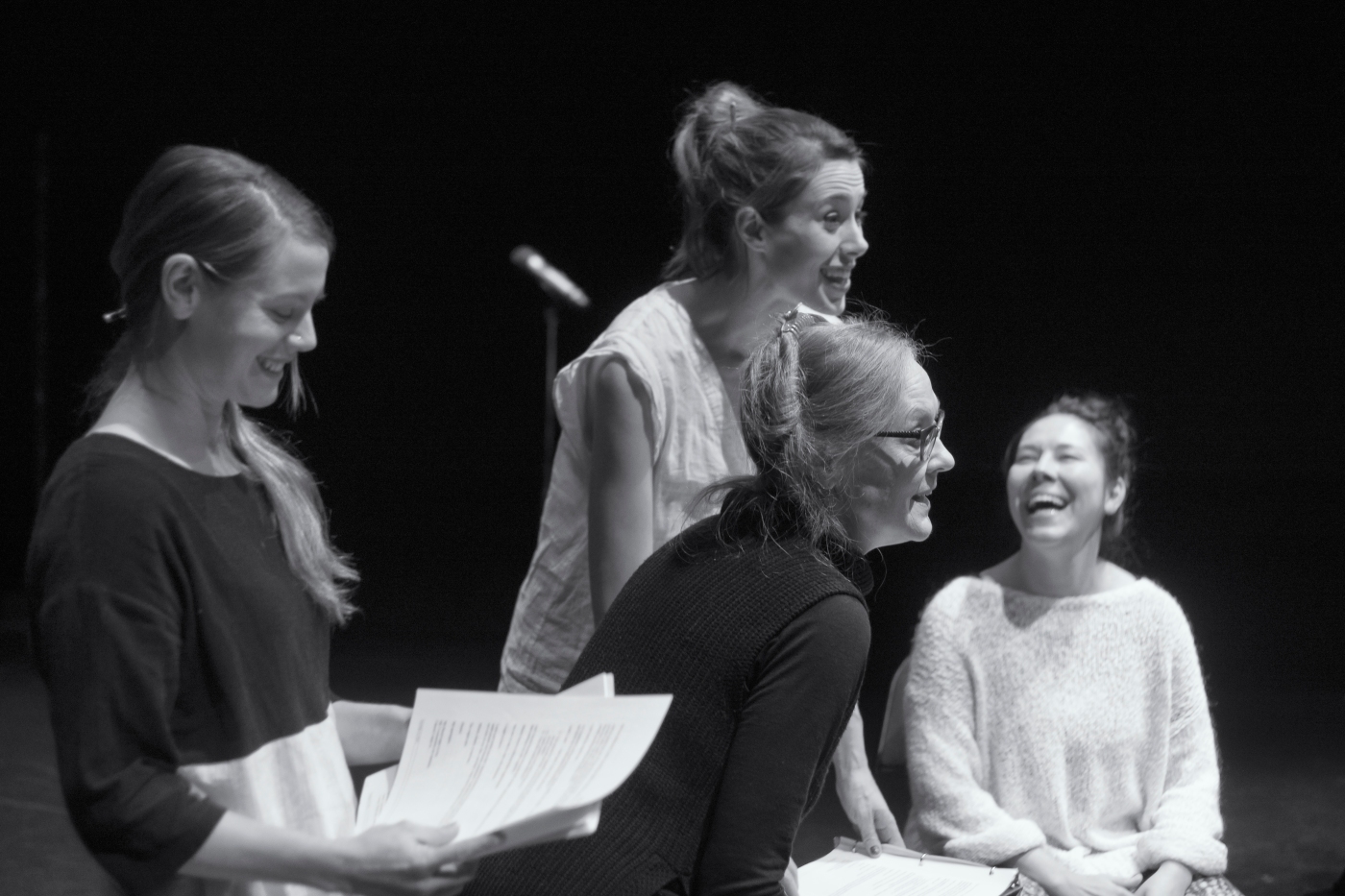 (The cast of All the Little Animals I’ve Eaten. Courtesy High Performance Rodeo)

Calgary’s International Festival of the Arts

If it’s January, in Western Canada, and your sense of wonder is taking a beating, and the weather’s terrible, take solace from this fact.

The High Performance Rodeo is ready to rip.

The 2017 edition opens Thursday, with a performance of So Blue, by Montreal choreographer and dancer Louise Lecavalier, at the DJD Dance Centre on 12th Ave SE.

That will be followed, hot on the heels, by a Friday night performance of Songs of Resilience, from the Queer Songbook Orchestra, at the Max Bell Theatre in the Arts Commons – and from there on out, January will be four weeks of pedal to the medal performances at venues throughout the city.

There are lots of familiar names and companies – playwright Karen Hines and One Yellow Rabbit’s new show All the Little Animals I Have Eaten, DJD’s  Juliet & Romeo, and The Shakespeare Company’s All’s Well That Ends Well – performing alongside some notable new names from away, including Every Brilliant Thing, a highly-anticipated play by Lungs playwright Duncan Macmillan and British comedian Jonny Donahoe, As I Lay Dying, an adaptation of Faulkner’s literary classic by Toronto’s Smith-Gilmour Theatre , and another from Ottawa, Countries Shaped Like Stars, a lyrical fable from Mi Casa Theatre that figures to put the poetry back in rodeoing in January.

There’s one of the most beloved fringe shows  ever (Chase Padgett’s Six Guitars) at Lunchbox, and one of Canada’s most beloved comedy voices, Cathy Jones, performing Stranger to Hard Work, her new solo show, at the Martha Cohen Theatre.

Ask Rodeo Artistic Producer Ann Connors if there’s a theme to this year’s festival, however, and she boils it down to a simple theatrical broth.

“Real stories about real people,” she says, “and those people happen to be theatre and dance artists who are creating stories about themselves.”

Translation: lo-fi, intimate productions rooted in the specific details of their creators’ lives, because you know what? Nothing is more universal than the details of anyone’s life – and nothing is funnier, more genuine or heartbreaking than our authentic selves, either.

The Rodeo has always bent the boundaries of the audience-performer relationship, ever since it launched in an elevator back in the early ’80’s, but it appears that in 2017, theatre company everywhere have realized that one of live performance’s superpowers, which no Netflix or Imax 3D Marvel masterpiece can offer, is interactivity.

Whether site specific (Declaration), or having audience members play an active role in the story being told, in shows such as Every Brilliant Thing or By Heart, going to see a Rodeo show might end up being much more involved than sitting back and switching off your mobile, says Connors – so come ready for some action.

“There’s a little bit of participation (in this Rodeo),” she says. “The audience is (going to be) much more engaged.”

It’s also the most international Rodeo ever, she says.

This year, you’ll also see a trio of shows exploring indigenous themes around the world, including Declaration, The Chris Derksen Trio and, on February 2, a special presentation of dirtsong, from Australia’s Black Arm Band.

“I’m still proud that the Rodeo has always had an indigenous platform,” says Connors,  “always has, and always will – and that’s certainly a tip (of the hat) to (the late) Michael (Green) – he did that long before anybody (on the theatre festival circuit embraced indigenous artists).”

The Rodeo has also, over the years, become a kind of one-stop shopping for cultural events in January in Calgary – and 2017 continues that tradition. 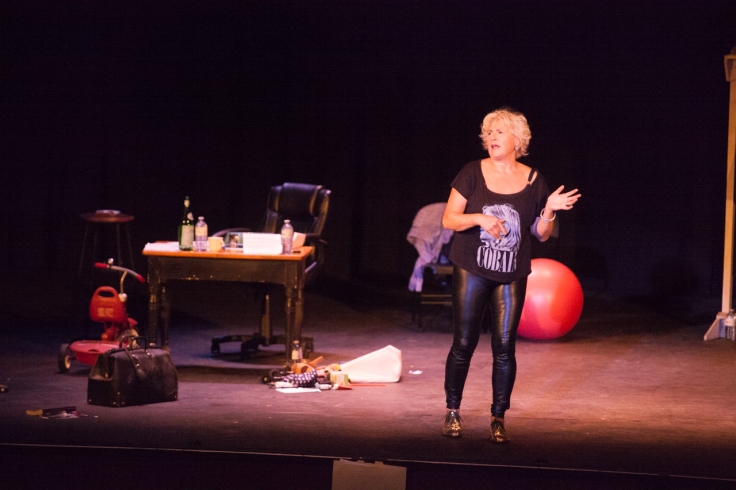 Those collaborations have changed the Rodeo too, in a way, as the festival has expanded its reach to include the audiences of theatre companies such as Lunchbox, Theatre Calgary and ATP that might have their own theatrical preferences – which Connors takes into account when she’s out scouting for stuff to bring here.

“Calgary has a pretty adventurous audience,” she says,  “and kudos to (former High Performance Rodeo producer) Michael Green and (Fluid Festival artistic producer) Nicole Mion and (Calgary Folk Festival artistic director) Kerry Clarke – and all these people they’ve been bringing in and really stepping outside the box on a lot of stuff all these years.

“I say this (to people around the world) all the time,” she says. “Not every city has a festival like this, right?

“But this (Calgary) audience (of ours) is pretty adventurous,” she adds. “They expect (to see stuff that’s) a little bit wild and wacky from the Rodeo – that’s their expectation. They wanna see some crazy shit, they’ll come to Rodeo.

“But I also looked at (other, less crazy) work,” she adds. “When I’m looking (for shows to bring to Calgary), I know that I’m thinking about our partners here. Theatre Calgary, ATP, Theatre Junction – all those people trying to tap into something.

“I may not find it particularly wild and wacky,” she says, “but I know it’s a great show for Lunchbox (and their audience).”

The Rodeo is also all about accessibility, whether it’s physical or economic.

This year’s fest is offering $15 tickets to Wednesday performances, in addition to offering a wide array of free shows, a lot of them taking place at unique, site-specific venues.

Connors is well aware that as much as she needs to put bums in seats at the 2017 Rodeo, there’s also a deep need to build and nurture a new generation of Rodeo goers, to keep January in Calgary the unlikeliest cultural hotspot you’re likely to find on the planet.