by Frédérick Gravel and Étienne Lepage

This Duet That We’ve Already Done (so many times)

by Frédérick Gravel and Brianna Lombardo

At the opening of Thus Spoke…, inside the historic confines of Theatre Junction Grand, a bearded young man (David Strasbourg) dressed in jeans and a shirt, stands at a mic, as the audience files in, warning – with a bit of a mischevious grin – that ‘if you are here to see contemporary dance, you will be disappointed’.

A week later, at the brand new DJD Dance Centre, during the opening sequence of This Duet That We’ve Already Done (so many times), choreographer Frédérick Gravel, in a blue t-shirt and skinny jeans, sits in a corner downstage, noodling on an iPad like some nerdy startup guy, while partner – and co-creator – Brianna Lombardo launches into a contorted solo, arms extended towards the ceiling, almost as if she’s waiting for a dance partner to show up, while a soundscape that resembles the sound of an airplane taking off plays over the sound system.

Eventually, the sound dwindles down to sincere silence, before transitioning to something that features Spanish guitar. Gravel reluctantly emerges from his darkened corner of the stage, shyly, awkwardly, before launching into a solo of his own that’s a cross between a parody of what we have come to think of as contemporary dance, blended with a demented bullfighter working on a few cape waves.

Those are a pair of images pulled from a pair of shows with the Gravel imprint on them that bracket the 2017 Fluid Festival, which kicked off its final week Wednesday with Gravel and Lombardo’s performance at the DJD Dance Centre. (There is one more performance of This Duet, Thursday Oct 26 at 8pm. Thus Spoke… closed on the 19th).

The duet as couples therapy

Billed as a kind of extended play version of a duet he performed with Lombardo in Usually Beauty Fails, a show he performed in Calgary in 2015, This Duet We’ve Already Done deconstructs the entire notion of dancing with a partner. 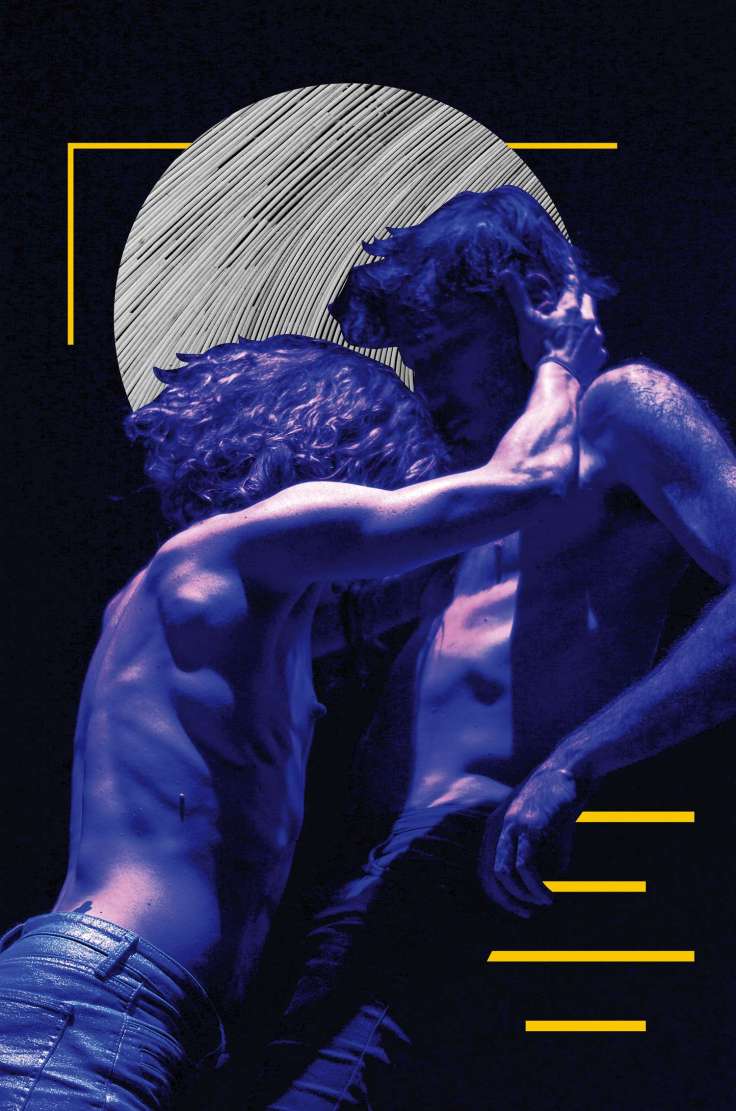 If a duet represents a kind of staged sexual coupling, then This Duet is couples dance therapy, where they question, challenge, toss their arms in the air, go silently to their corner and just generally deconstruct the most overfamiliar of dance routines -transforming it, in the process, into a new kind of duet for the 21st century.

It’s funny – a little bit. It’s odd, because Lombardo is a physical tiger to Gravel’s timid IT guy.

And sometimes, such as when Lombardo and Gravel peel off their shirts and zoom in on each other, it’s tinted with a hint of violent intent – but it’s always performed with one eye on the past and one foot in Gravel’s rowdy, bemused, choreographic intellect.

Challenging the idea of performance

In Thus Spoke… – which Gravel directs but doesn’t perform – a trio of actors (Strasbourg, Frédéric Lavallée and Catherine Beauchemin compete with dancer Anne Thériault for control of the narrative, really. It’s almost as if there’s a dance piece waiting to burst through their collective self-consciousness – a real Snoopy dance of joy – if only they could allow their actor brains to to get out of the way, so Theriault can do her thing.

Which, in a few delightful, stolen moments she does, piercing through the ironic detachment with genuine physical urgency.

However, we don’t live in an age of the unfettered Snoopy dance, particularly if we are of a generation that grew up with digital commentary providing air quoted critiques for every spontaneous move we make – or words we speak.

The privilege of the audience

Instead, there’s a funny monologue about privilege – the privilege of the audience members, who have the luxury of attending a dance piece that isn’t even really a dance piece, in order to think deeper thoughts than most of their friends and family members. (OK, they have a point there!).

The text, by playwright Étienne Lepage, is quite funny and smart and feels more or less true. At least it read my thoughts. I don’t know if it read anyone else’s.

And when Thus Spoke… sets aside its intellectual anxieties for a while, there is choreographic virtuosity in Theriault’s dancing, to the point where she even inspires Beauchemin and Strasbourg and Lavallée – all trained actors – to set aside their physical skepticism and bust out a few steps of their own.

A lot of it unfolds against a soundscape of lesser-known Jimi Hendrix tunes – rich, smoky, bluesy and ballsy rock and roll from 50 years ago that sounds fantastic.

Nothing self-conscious about Hendrix tunes – or, at different moments in This Duet That We’ve Already Done (so many times) when it tilts away from the Spanish melodies and transforms into something with a grittier rock vibe.

If you’re looking for a connecting thread to two very different – but related – pieces of Frédérick Gravel’s dance imagination, it might be the idea that rock and roll will never die.

Just the people who play it do.