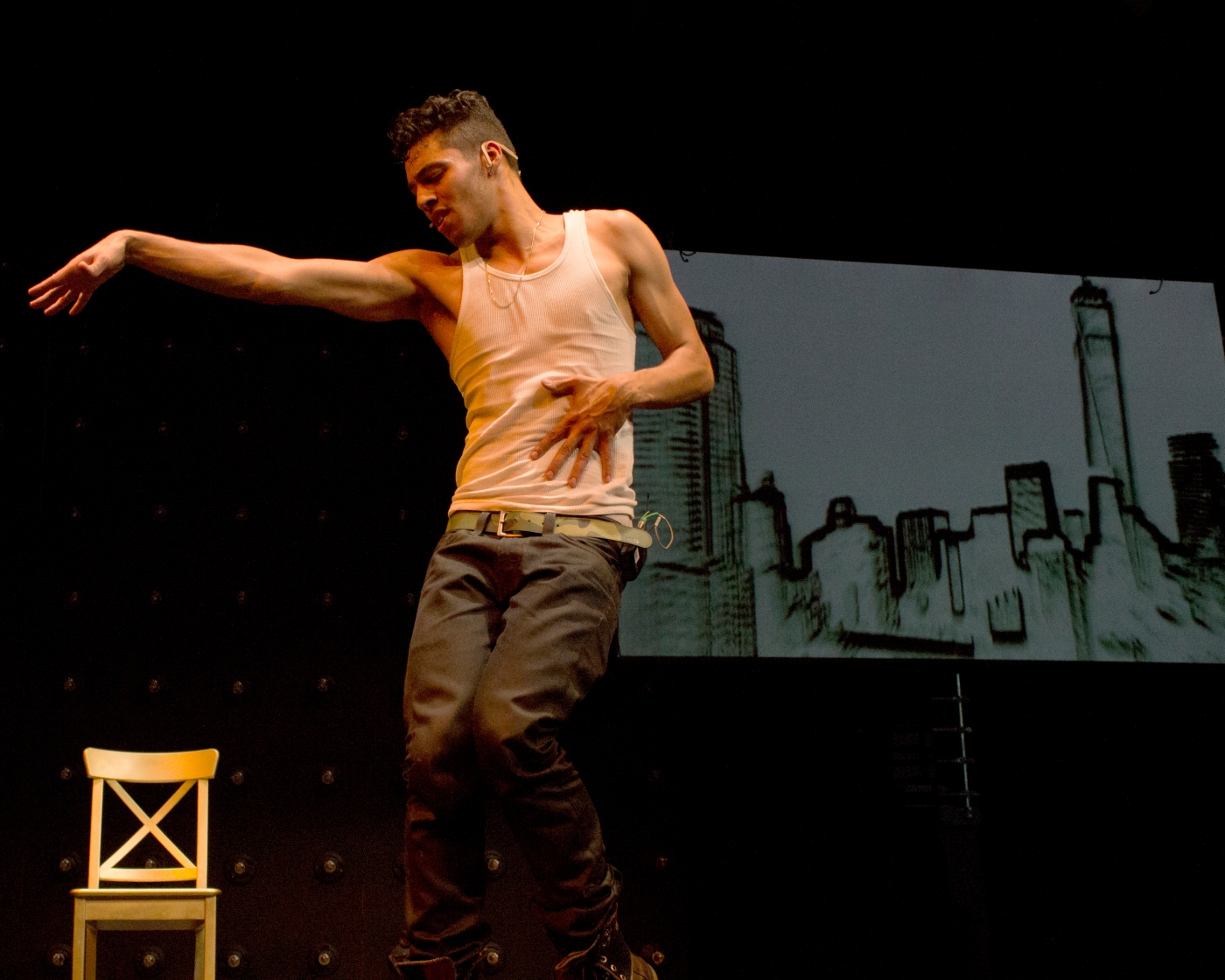 What makes for a memorable solo show? It’s a bit of a mystery, really but how about some combination of the big picture – global, national, or local – blended with the smallest of all possible pictures, namely family life?

In the case of Sebastien Heins’ solo show Brotherhood: The Hip Hopera the big picture is the one popular culture has constructed of young black men, particularly rappers, as hyper-masculine, blunt-smoking, rhyming misogynists with no belts.

The little picture, which really was the catalyst that set the show in motion, was as personal as it gets for Heins.

“It started with a burning question,” says Heins, “which was, what if I’d had a brother?

“As an only child,” he says, “it was a question that had always wracked my mind. I continuously propositioned my parents to get me another sibling – oftentimes, in great detail, I would explain to them how they would accomplish this – but it was never to be.

“So that question,” he adds, “was my hook into the story and I just let my imagination go.” 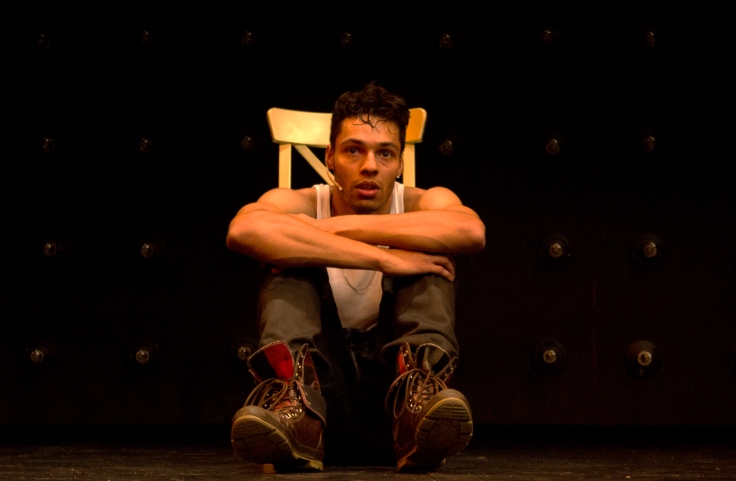 The show was launched a few years back, when Heins, then a student at the National Theatre School in Montreal, was asked to put together a 15-minute presentation about something he really loved.

“And basically,” he says, “I realized I wanted to put on a solo music video onstage – for 15 minutes.

“In order to do that,” he adds, “I was going to have to be able to play a whole bunch of different characters.”

Throughout the show, Heins plays 16 different characters, a lot of them at different times in their lives. He dances through different decades as well, from the 70’s up and into the future.

“It shifts and moves around like crazy in a really cinematic way,” he says, “like a music video.”

It all is told in rhyme, sung by Heins, which is where the opera aspect of the title comes into the picture – although as far as musical inspirations go, Heins’ were a lot less La Boheme or La Traviata – and a lot more like R. Kelly’s Trapped in the Closet.

“It’s (Trapped in the Closet) ridiculous and hilarious,” he says. “R. Kelly wrote what he calls the Hip Hopera about this big dramatic storyline, that has about 40 different chapters to it, but the key thing to it is, he sings the entire time – and he sings all the different  characters.

“That really inspired me,” he says. “I thought it was an exciting way to tell a story. That became the soundtrack or the lighting style of the show – a hip hop musical where the characters rap and sang at each other, instead of just talking.”

The other thing that inspired Heins – and his director, Karin Randoja –  was trying to imagine the actual men behind the public personas of some of our most famous rappers.

“I had this one girl (speak to me after the show), who made my favourite comment ever,” he says.  “She said, you know, going to this show, I really didn’t like rappers and hip hop artists, I didn’t like their culture – and I saw your show, and the only thing I could think after was those brothers, those poor, poor brothers.

“And that’s really what we’re trying to do in the show,” he adds, “(which) is humanize people who build armor on themselves and build up personas that mask the real people inside.

“In this show,” he says, “we deconstruct them as much as we possibly can.

“I’m actually really interested in who these big stars are,” he says,  “from your Lil Wayne, Drake, you know, to Jay-Z – who they are when the cameras aren’t rolling, actually?

“It’s not them (as they are portrayed) on a reality TV show,” he adds, “but actually who they are on the inside. What are the difficult conversations they have to have with their mother, when their mother is like, what are these words? What are you saying to the next generation?”

“This show,” he says, “for me, was an opportunity to follow that interest – OK, we’ve seen the persona, we’ve seen the machismo – what’s actually going on? Can we find the real guys underneath – who are brothers?”

Heins has performed Brotherhood at various North American venues, including Toronto’s Buddies in Bad Times Theatre, and in New York, at the United Solo Festival, where he was named Best Emerging artist.

It might not be opera in design, but it is in its reach, Heins says.

“The opera (aspect of Brotherhood) to me isn’t so much that I open my mouth and hit high C’s – but for me, the opera (aspect) is the epic-ness of opera.

“They’re enormous in scale and scope,” he adds, “and I wanted my hip hopera to be epic in scale and scope – going from the 1930’s time travelling to the present, fast forwarding to the future, characters popping up in YouTube screens I create by myself onstage – and dramatic things happening quickly.

“I’m super excited,” he says. “I love, love sharing it with people, and getting their take on it.”