Shaping words into a show filled with wonder 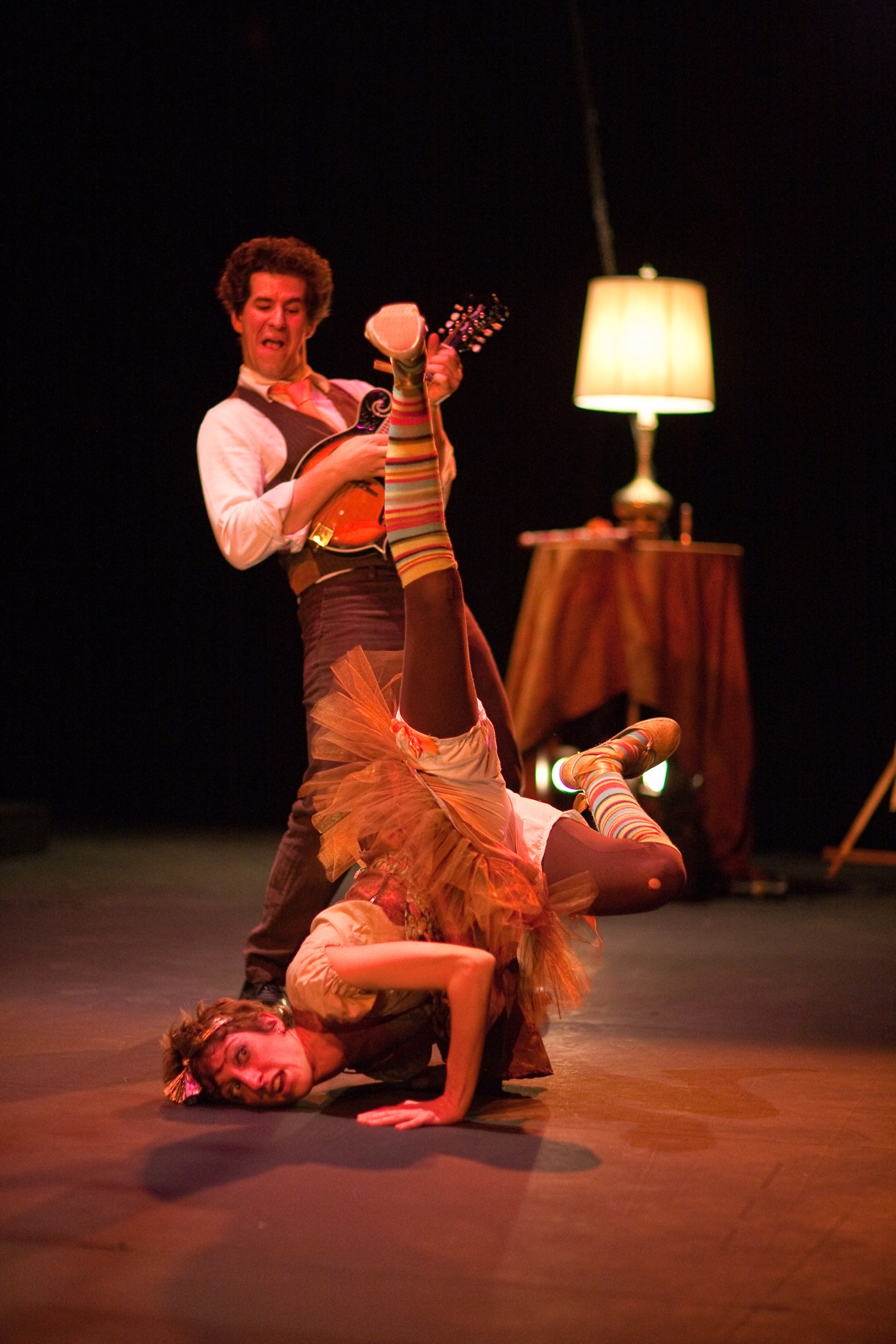 Some shows land a helicopter onstage (Miss Saigon). Other shows can’t decide if they’re a movie or a play. (Helen Lawrence). In others, they sing the whole thing (Les Miserables).

Back in 2009, when Nicolas di Gaetano and Emily Pearlman set out to transform one of her short stories into a show for the Ottawa Fringe Festival, Gaetano knew they had one secret superpower – and it wasn’t a helicopter parked on the roof that they could turn into a prop.

“Emily studied at SFU,” he says.  “She did something very interdisciplinary out there – and she originally wrote the show as a short story for a small video puppet piece they were going to do. And when we met up and started working together, she said, I have this short story and from there, we sort of realized quite quickly that it would make a wonderful play.”

Why? Millionaires have lost many millions thinking exactly the same thing.

The story was the one that inspired Countries Shaped Like Stars, which is being presented Friday and Saturday night at Legion #1 as part of the 2017 High Performance Rodeo.

The play tells the story of Gwendolyn Magnificent and Bartholomew Spectacular, who undertake a gentle adventure together that’s underscored by a soundscape created with spoons, water glasses, whirlywinds and a mandolin – nary a helicopter blade in sight.

It’s all-ages friendly (although the Legion, where it’s being performed, isn’t, I don’t think, so never mind).

“Obviously the language was so beautiful,” he says, “the storytelling was tight, and the imagery contained in it…is mined from that – and (our task was) trying to figure out how we might stage that with as little money and props as possible.”

When he says ‘little money’, he isn’t kidding, either.

“We made the show for less than $300 when we first did it,” he says, “and it was literally cobbled together by what we could we steal – and what did we have lying around our house? 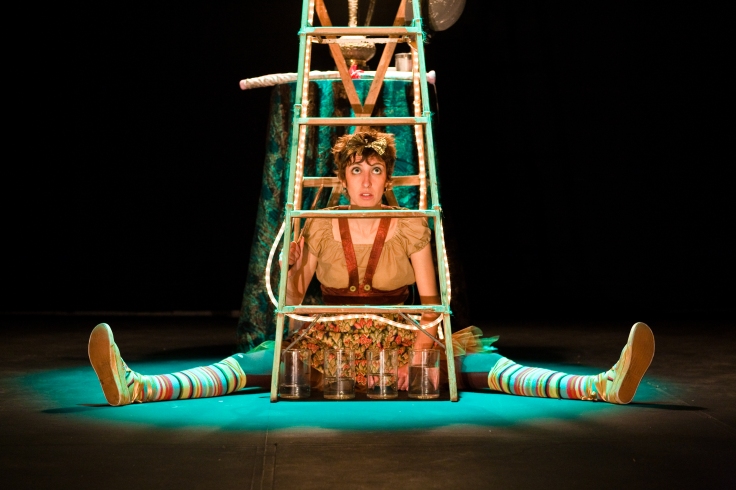 The show debuted at the 2009 Ottawa Fringe.

To their shock and surprise, it was a hit.

“We kind of did it as an experiment,” Di Gaetano says. “We did two shows in that same fringe and there was a debate (among us): which one – or neither – was gonna be a hit?

“And then,” he adds, “(later that week), we were selling out our shows like crazy, yeah – it really took us by surprise. We did not expect that response.

“Still, almost seven or eight years later, we’re surprised people love this show so much and it continues to have a life.”

From the sounds of it, Countries Shaped Like Stars sounds a bit like a theatrical twin to some of the wildly imaginative films of Terry Gilliam – stuff like Brazil, and 12 Monkeys.

“I’ll take that as a huge compliment,” Di Gaetano says. “I love Terry Gilliam. I love Brazil – especially visually, he is a genius in that way.

All of which brings the conversation around to a particular kind of conventional wisdom that theatre people try to tap into all the time: namely, what do audiences respond to?

Because, after all, theatre companies and actors and playwrights and producers are all in the business of pretending to know precisely that – is it the uplifting plot? (There’s a dark tinge to Countries Shaped Like Stars). Is it built around a trendy social movement? (Nope)? Driven by well-known personalities? (No, but Di Gaetano might be known to Calgarians as one of the touring Old Trouts – he did Ignorance, a year of Famous Puppet Death Scenes and will be back in town for the Animated Objects Festival in March, performing with Trouts again in The Unlikely Birth of Istvan).

The truth is, in theatre, character is action, and sometimes, words and music are the most glittering special effects of them all – particularly if it’s all delivered with a little poetry.

“The rules are different when you’re doing theatre,” says Di Gaetano.  “And especially w with our work.

“We like to celebrate the liveness of the thing,” he says. “You come to see the show, you will be part of the show. We will speak to you, we will ask you questions, and sometimes we’ll serve you cookies, or ask you to tell you a joke – all stuff that pushes the story forward, but not in a conventional Hollywood way.